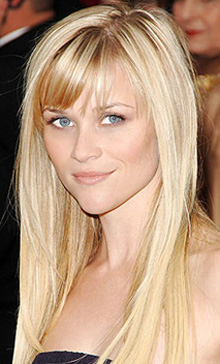 Reese Witherspoon is in talks to join the untitled Paul Thomas Anderson‘s drama based on the history of Scientology. Actually, the project’s working title is The Master and we already know that Philip Seymour Hoffman and Jeremy Renner are on board as well. We still have no confirmed details about this project, but we have some interesting rumors to share with you… So, The Master is the story of “…a charismatic intellectual (Philip Seymour Hoffman) who hatches a faith-based organization that begins to catch on in America in 1952 called The Cause. The core dynamic centers on the relationship between The Master and Freddie Sutton, an aimless twenty-something drifter and alcoholic who eventually becomes the leader’s loyal lieutenant. As the faith begins to gain a fervent following, Freddie finds himself questioning the belief system he has embraced, and his mentor. “ So, above mentioned Hoffman will play Lafayette Ronald Hubbard, while Renner is on board for the reformed drifter role. Now, the big question is – what about Reese Witherspoon? There are already some speculations that she could play The Master’s younger, pregnant wife Mary Sue (notably the same name of L. Ron Hubbard’s spouse). On the other hand, we also had a chance to hear that Reese will play one of The Master’s daughters who acts as his caretakers and vigilant lieutenants. And yes, that does sound like some smaller role, but that’s no surprise, because, let us remind you that Witherspoon is currently shooting the fantasy drama Water for Elephants with Robert Pattinson. Production on the independently financed project is expected to begin next month. We’ll keep an eye on this project, so make sure you stay tuned!
Continue Reading
Advertisement
You may also like...
Related Topics:Jeremy Renner, Paul Thomas Anderson, Philip Seymour Hoffman, Reese Witherspoon, The Master