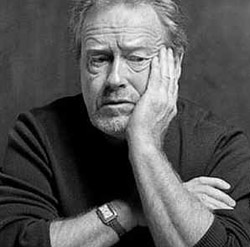 Ridley Scott will direct an adaptation of Joe Haldeman’s 1974 science fiction novel “The Forever War.” The project marks the British filmmaker’s return to the science fiction genre. He previously helmed “Alien” in 1979 and “Blade Runner” in 1982. “The Forever War” focuses on a soldier who fights an enemy in outer space for only a few months and returns home to a planet he doesn’t recognize some 20 years later. Ridley Scott intended to follow “Blade Runner” and “Alien” with “The Forever War,” but rights complications delayed his plans for more than two decades. “I first pursued Forever War 25 years ago, and the book has only grown more timely and relevant since. It’s a science-fiction epic, a bit of The Odyssey by way of Blade Runner, built upon a brilliant, disorienting premise,” Scott told Variety. Scott, whose “Body of Lies” was released Friday, next plans to direct “Nottingham,” starring Russell Crowe, the thriller “Child 44,” for which Richard Price just penned a script, and “Gucci,” about the fashion family and murder of Maurizio Gucci.
Continue Reading
Advertisement
You may also like...
Related Topics:Joe Haldeman, Ridley Scott, The Forever War