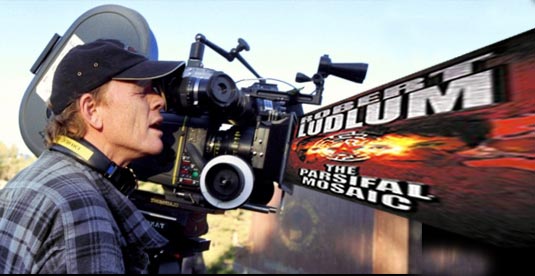 Universal Pictures has attached Ron Howard to direct “The Parsifal Mosaic,” an espionage thriller written by author Robert Ludlum. Ludlum is quite well known for The Bourne series of books which feature the popular spy Jason Bourne. The 1982 book focuses on jockeying between U.S. and Soviet intelligence agents, with American spies Michael Havelock and Jenna Karas, who are partners as well as lovers, at the center of a series of crosses and double crosses. A flashback to a Nazi attack during World War II serves as a linchpin of the story. The action in Mosaic jumps between countries such as Italy, Greece and the former Czechoslovakia. The novel is regarded as perhaps the most Cold War-centric of Ludlum’s work. Screenwriter David Self (Road to Perdition, The Wolfman) currently writing two separate screenplays for Robocap and Gates of Fire, has been tasked with scripting out the adaptation while Imagine Entertainment‘s Brian Grazer will produce with Captivate Entertainment partners Jeffrey Weiner and Ben Smith. Universal is separately developing a fourth “Bourne” installment, “The Sigma Protocol,” with director Paul Greengrass. Ludlum is also the author. Let us know what you think in the comments…
Continue Reading
Advertisement
You may also like...
Related Topics:Paul Greengrass, Robert Ludlum, Ron Howard