Universal has released a movie trailer for the upcoming comedy The Dilemma (earlier, working title of the film was What You Do not Know, and Cheaters) Vince Vaughn and Kevin James headline an all-star comedy from director Ron Howard and producer Brian Grazer about a man who finds out that what you don’t say to a friend is just as important as what you do. Jennifer Connelly, Winona Ryder, Channing Tatum and Queen Latifah join them in The Dilemma, a story of how far you can bend a brotherly bond before it snaps. Since college, confirmed bachelor Ronny (Vaughn) and happily married Nick (James) have been through thick and thin. Now partners in an auto design firm, the two pals are vying to land a dream project that would launch their company. With Ronny’s girlfriend, Beth (Connelly), and Nick’s wife, Geneva (Ryder), by their sides, they’re unbeatable. But Ronny’s world is turned upside down when he inadvertently sees Geneva out with another man and makes it his mission to get answers. As the amateur investigation dissolves his world into comic mayhem, he learns that Nick has a few secrets of his own. Now, with the clock ticking and pressure mounting on the biggest presentation of their careers, Ronny must decide how and when he will reveal the truth to his best friend. 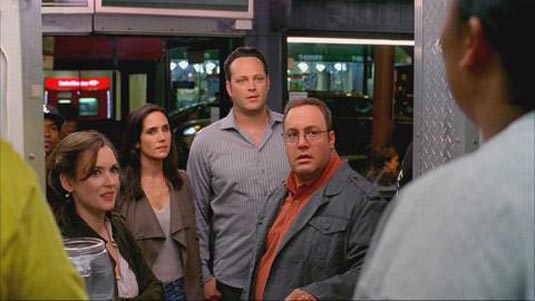 New Due Date Trailer
The Nutcracker in 3D Trailer
Advertisement