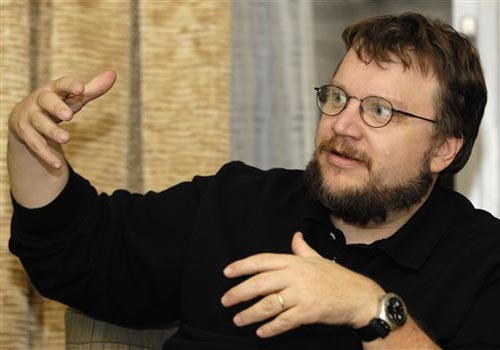 The Haunted Mansion is next Guillermo Del Toro‘s movie based on the attraction built in 1969 and replicated at several Disney parks around the world. So, if you think that Del Toro’s decision to produce Haunted Mansion is an unexpected, well, think again. This one will not be what we all expect. This film won’t be a continuation of or sequel to the Eddie Murphy movie of the same name. “We are making it into an E-ticket ride. We’re making it scary and fun at the same time,” Del Toro said of the Haunted Mansion project but he promised the movie would be truly scary, unlike 2003’s The Haunted Mansion with Murphy. Del Toro announced that the Hat Box Ghost will be the main haunting in the film: “It is going to be created around the character we are reintroducing into the tale. And it is my biggest hope that we can reintroduce it right. And that is the Hatbox Ghost. I always loved his image. I think he is one of the scariest creations, but he is also incredibly whimsical. What I decided was, in the talks with Disney, that this would be the pivotal character to reintroduce the mythology,” he said and added: “It’s such a great character that there’s literally – amongst Haunted Mansion fanatics, the hardcore ones – a cult for the Hat Box Ghost. It’s pretty intense, and I am one of them. The spider sitting at the center of the web is what the fans of ‘The Haunted Mansion’ would know by the nickname the Hatbox Ghost, which is a beautiful creature that was created but there’s a legend that it was discarded on the first day of the ride’s operation because it was too scary. I like that legend, but the reality is that the imagineers could not make the illusion work, so they took it out.” So, as it previously announced Del Toro will not direct the movie but he’s co-writer and as we already said the producer of The Haunted Mansion.