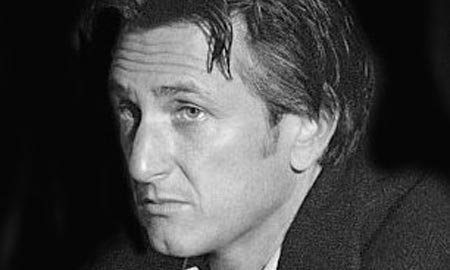 The Gangster Squad is an upcoming action movie set up at Warner Bros. and conceived as an ensemble piece for a group of top-level actors.

I’m sure you all remember our previous report about this project, so by now you know that Ruben Fleischer is set to direct the whole thing. Now, according to the latest reports, the studio is eyeing Sean Penn and Ryan Gosling for the leading roles.

The Gangster Squad is based on a series of 2008 articles in the Los Angeles Times by Paul Lieberman and examines an LAPD unit that’s set up in the 1940s to fend off the growing influence of the East Coast Mafia in the city. The police group becomes very powerful, the battles with the Mafia escalate, and mayhem and betrayals ensue.

More than 100 people involved with the squad were interviewed for the series, including attorneys for L.A. Mobsters Bugsy Siegel and Mickey Cohen and two former members of Cohen’s entourage, one of whom was present on the night Jack ‘the Enforcer’ Whalen was shot.

So, the studio is offering Sean Penn the role of Los Angeles mobster Mickey Cohen. Cohen was a former boxer who became an associate of Meyer Lansky and Bugsy Siegel. He was a man about Los Angeles, and also a suspected sociopath who caused a great deal of harm to those he came in contact with.

Gosling, on the other hand, has been offered the role of a cop trying to bring this notorious gangster down.

But, just in case you’re wondering how serious this project is, let us mention that Warner Bros. has another project in development, Al Capone biopic Cicero which will, according to some reports, follow gangster’s earlier years. For that one, the studio is eyeing director David Yates to helm the screenplay written by Walon Green.

As you see, gangster’s world has never been closer to us. We’ll keep an eye on these projects, make sure to stay tuned!