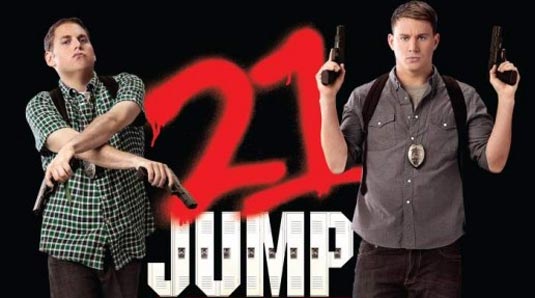 We have the second poster for the upcoming comedy 21 Jump Street. Featuring stars Channing Tatum and Jonah Hill, the poster includes the tagline, “They’re too old for this shift .” The flick, which is a big-screen reboot of the popular ’80s TV series, centers around a pair of underachieving cops who are sent back to a local high school to blend in and bring down a synthetic drug ring. In the action-comedy “21 Jump Street,” Schmidt (Jonah Hill) and Jenko (Channing Tatum) are more than ready to leave their adolescent problems behind. Joining the police force and the secret Jump Street unit, they use their youthful appearances to go undercover in a local high school. As they trade in their guns and badges for backpacks, Schmidt and Jenko risk their lives to investigate a violent and dangerous drug ring. But they find that high school is nothing like they left it just a few years earlier ­and neither expects that they will have to confront the terror and anxiety of being a teenager again and all the issues they thought they had left behind. Additional cast include Ice Cube, Brie Larson, Dave Franco, Rob Riggle, DeRay Davis, and Jake M. Johnson. 21 Jump Street  is directed by Phil Lord, Chris Miller and comes to theaters March 16th, 2012. 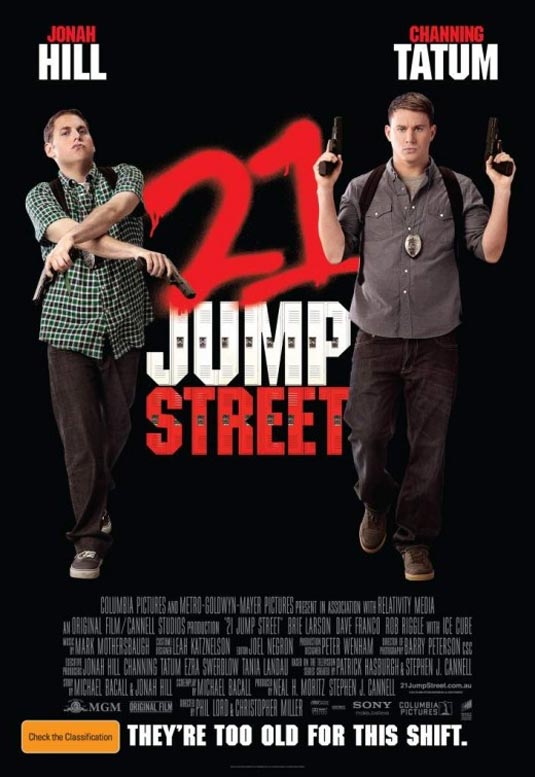