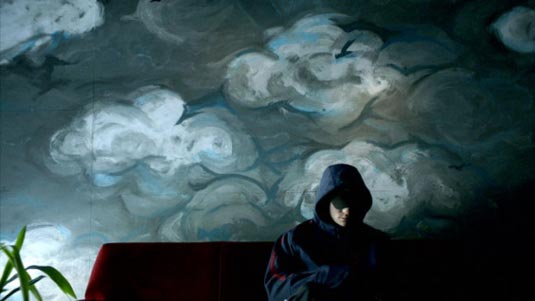 The Imposter is a documentary centered on a young Frenchman who convinces a grieving Texas family that he is their 16-year-old son who went missing for 3 years. Synopsis: “A gripping thriller straight out of real life, The Imposter is an original film experience that walks the razor’s edge between true-crime documentary and stylish noir mystery. The twisting, turning tale begins with an unsettling disappearance–that of Nicholas Barclay, a 13 year-old Texas boy who vanishes without a trace. Three and a half years later, staggering news arrives: the boy has been found, thousands of miles from home in Spain, saying he survived a mind-boggling ordeal of kidnap and torture by shadowy captors. His family is ecstatic to have him back no matter how strange the circumstances–but things become far stranger once he returns to Texas. Though the family accepts him, suspicion surrounds the person who claims to be Nicholas. How could the Barclay’s blonde, blue-eyed son have returned with darker skin and eyes? How could his personality and even accent have changed so profoundly? Why does the family not seem to notice the glaring differences? And if this person who has arrived in Texas isn’t the Barclay’s missing child… who on earth is he?” We came across the second trailer on the MovieWeb, take a look: It has quite creepy atmosphere what with those cut-scenes between interviews, don’t you think? Directed by Bart Layton and starring Ken Appledorn , Debbie Jennings , Adam O’Brian, James Ray , Anna Ruben, Anthony Zanlungo and others, it will premiere on July 13th – NY and August 3rd – LA, 2012.
Continue Reading
Advertisement
You may also like...
Related Topics: