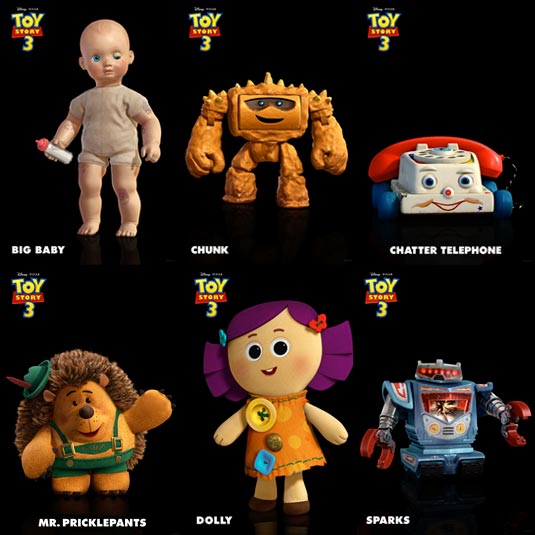 More character posters from Toy Story 3 have been outed by Disney/Pixar. The story of the third film, directed by Lee Unkrich, follows all familiar toys as they are donated to a day-care center following Andy’s departure for college. Now they will be forced to decide whether they’d like to stay and be a part of a new, bigger family of toys, or whether they’d like to try and make a break for it and return to Andy. The film is voiced by Tom Hanks, Tim Allen, Michael Keaton, Don Rickles, John Ratzenberger, Estelle Harris, John Morris, Laurie Metcalf, R. Lee Ermey, Jodi Benson, Ned Beatty, Timothy Dalton, Jeff Garlin, Bonnie Hunt, Whoopi Goldberg, Kristen Schaal and Blake Clark.