Sony Pictures and Aardman Animations have unleashed six new posters for Arthur Christmas, their 3D adventure which arrives in theaters over the Thanksgiving holiday. The film  follows the titular character (James McAvoy) as he teams with Santa’s dad (Bill Nighy) to deliver gifts to one girl who was passed by when Saint Nick’s high-tech operation made its first round. (Jim Broadbent and Hugh Laurie also offer their voices, as Santa and Santa’s Enterprise-esque ship operator, respectively.)

Set on Christmas night, the story of Arthur Christmas at last reveals the incredible, never-before seen answer to every child’s question: ‘So how does Santa deliver all those presents in one night?’ The answer: Santa’s exhilarating, ultra-high-tech operation hidden beneath the North Pole. But at the heart of the film is a story with the ingredients of a Christmas classic – a family in a state of comic dysfunction and an unlikely hero, Arthur, with an urgent mission that must be completed before Christmas morning dawns. McAvoy leads the cast as Arthur, the good-natured but clumsy younger son of Santa. Arthur LOVES everything to do with Christmas; indeed, he is the only one in his family still captivated by the magic of the holiday. Laurie will play Arthur’s older brother Steve, heir to the reins, a cool, incredibly capable guy who has given the North Pole high-tech efficiency, military-style precision. Broadbent plays Santa, who pictures himself as the guy in charge at the North Pole, but is now more of a figurehead as the operation has outgrown him. Nighy plays Santa’s 136-year-old father, Grandsanta, a cranky old codger who hates the modern world, is always grumbling that Christmas ‘was better when I was Santa’ and has a tense relationship with Steve, who he calls ‘A postman with a spaceship.’ Jensen will play Bryony, a lowly elf from the Giftwrap Battalion, with an eager-to-please attitude and an obsession with wrapping and bows. Imelda Staunton rounds out the cast as Mrs. Santa, dedicated wife and mother to her husband and sons. 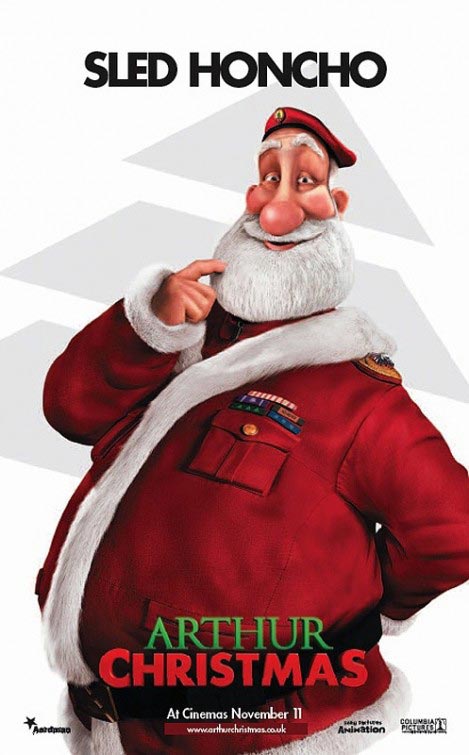 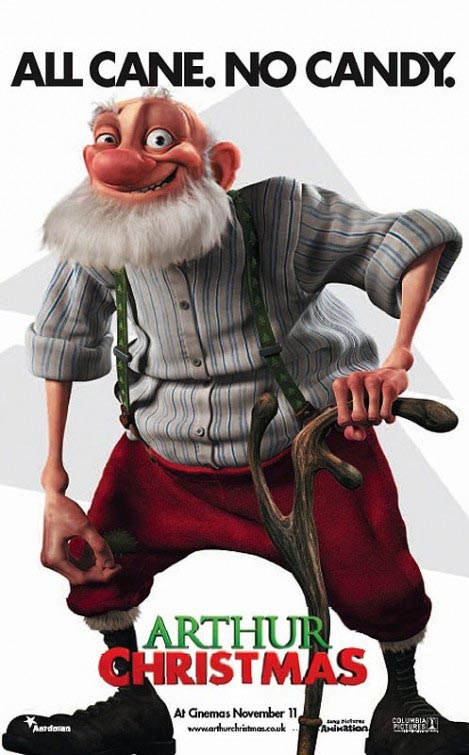