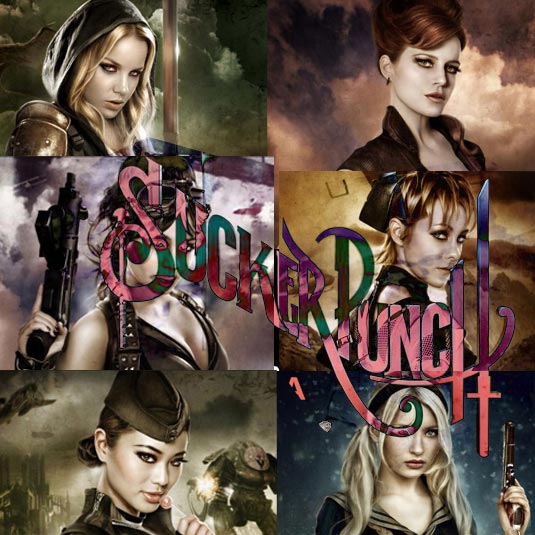 Sucker Punch stars Emily Browning as Babydoll, a girl confined to a mental institution by her step-father and from which she fantasizes an alternate reality. The character banners show Browning and the other wards of the institution in what we assume is full fantasy mode, because we can’t see them getting away with those kind of outfits in a real hospital. Abbie Cornish, Jon Hamm, Jena Malone, Carla Gugino, Jamie Chung, Scott Glenn and Jena Malone also star. Story is set in 1950’s.

Sucker Punch is released across the US from March 25th, 2011.