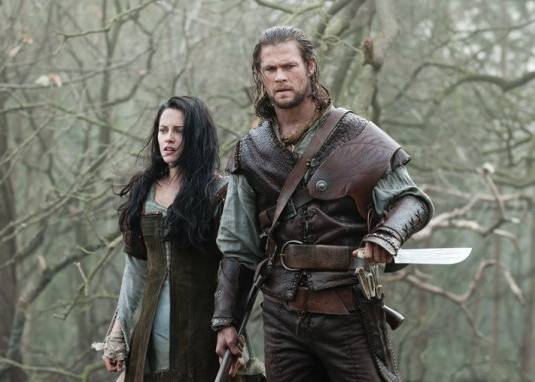 Universal Pictures are willing to put their money for a spinoff movie, or more precisely, Snow White and the Huntsman could be centered more solely on the Huntsman’s later adventures.

NBC Universal Studios president and COO, Ron Meyer said during a talk at the Savannah Film Festival that Hollywood makes too many ‘shitty movies’ and as for The Huntsman, Meyer said building franchises with brand-name recognition is key.

Snow White producer Joe Roth (Alice in Wonderland) said something similar last summer that his new film could birth a new trilogy, should it indeed prove to be a satisfactory box office success:

(Snow White and the Huntsman is) meant to be the first in a series of films. The story will end, but there will be questions remaining for these three characters (Snow White, the Huntsman, and the Evil Queen).

However, Chris Hemsworth is arguably the most bankable star of the Snow White film’s three leads, despite the Rupert Sanders-directed film stars Kristen Stewart as Snow White and Charlize Theron as the evil queen Ravenna.

He will start the season playing Marvel character Thor in Joss Whedon’s The Avengers, and then has Huntsman out on June 1st, 2012.

Of course, like everything, it all depends on financial returns for the first film.