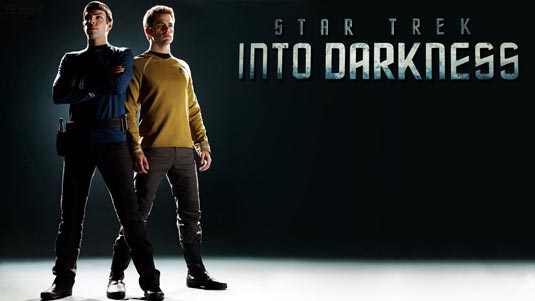 Can you guess what day it is today? It is exactly the four-year anniversary since the theatrical release of the first J.J. Abrams‘ Star Trek film! Yeah, one cannot believe it has been THAT long. In order for a little celebration, we have a new Star Trek Into Darkness clip for you, and an ad for – no less than Audi cars. Just to shorten the few days-wait until the release. The clip features Chris Pine as Captain James T. Kirk who is interrogating one captured John Harrison (Benedict Cumberbatch). Hmmm why does this feel like deja-vu? Oh, right. It’s a bit similar to previously posted clip titled ‘You’re a criminal’. But don’t be mad, it still has some fresh scenes. Have a look (thanks to THR): As for the ad, it is an extended Audi commercial featuring Leonard Nimoy and Zachary Quinto, as one challenges the other to a game of golf. Last one to the club, buys the other lunch. It is definitely worth checking out – if not for a good laugh, then just to hear Nimoy sing ‘The Ballad of Bilbo Baggins’: And as a little surprise, here’s a clip from The Graham Norton Show, having the two actors connect with some members of their fanbases (ever heard of Cumberbitches and Pine Nuts?). Check it out, I promise you you’ll be ‘awwww-ed’, heheh: Star Trek Into Darkness hits the theaters on May 17th, 2013.