Connect with us
What do you guys think about the idea of making the Step Brothers sequel? Ok, we know it’s too early to talk about something like that, but, still, there are some rumors that Will Ferrell and John C. Reilly could reunite once again for the familiar story. 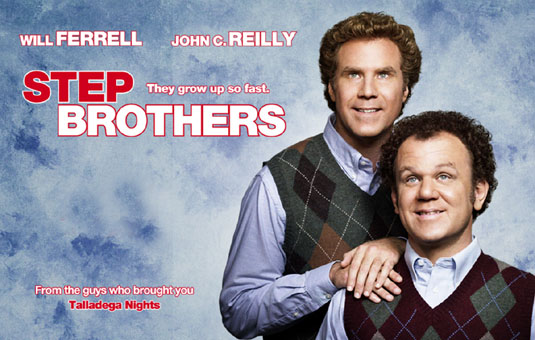 Actually, everything started when director Adam McKay (Anchorman, Step Brothers) revealed that Anchorman sequel is officially dead: “It’s not happening, for sure, one-hundred percent,” he said. “I’ll put it to bed. Maybe it’s for the best. You don’t need sequels for everything. It was such a great experience doing that, but let it stand,” he added. But, then, McKay announced that a sequel to Step Brothers is a real possibility, mostly because he wants to re-team with Will Ferrell and John C. Reilly. He said: “We’re kicking around the idea of Step Brothers 2. We feel like there’s way more fat to be mined there. While it isn’t quite the legend that Anchorman is, it has built kind of a nice following. We think it could be a pretty fun one.” McKay also said some interesting details about the possible plot: “A different kind of immature. The idea is that when we meet them, they’ve gotten more mature. They actually have jobs. They actually do have a semblance of a life. One of them’s married and has a kid. They’re still kind of goofballs but they’ve taken three or four steps. Then we have an idea for something happens that knocks him back to square one, and one of the brothers, John C. Reilly sort of instigates it, like ‘we can’t take this anymore.’ And things go really bad, they’re lives kind of fall apart. They have to pull it back together is sort of the basic structure. I won’t say the ideas but we have a couple ideas. We had ideas in the first one that we never did that we always thought were pretty funny.” As usual, we’ll keep an eye on Step Brothers 2. Make sure you stay tuned!
Continue Reading
Advertisement
You may also like...
Related Topics:adam mckay, John C. Reilly, Will Ferrell

Simon Pegg in Mission: Impossible 4
Jeremy Piven and Thomas Jane in I Melt With You
Advertisement