Stephen King is writing a sequel to his cult classic “The Shining.” “The Shining” was released in 1977 and was adapted into a Stanley Kubrick film in 1980, starring Jack Nicholson, Danny Lloyd, and Shelley Duvall. According to the Torontoist, the 62-year-old novelist was at the Canon Theater in Toronto last week, treating fans to a 15-minute reading from his new book, “Under the Dome.” While there, King casually remarked about an idea that he began working on. 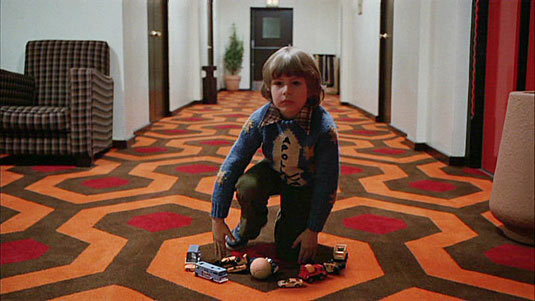 The second novel would center on Danny Torrance, the young boy from the original story with the gift of being able to communicate clairvoyantly with ghosts, and who is now an appropriately aged 40-year-old. All these years after being tormented by the spiritual inhabitants of the Overlook Hotel and his father’s alcoholism/homicidal rage, Danny is now working at a hospice using his supernatural powers for palliative purposes. King even offered a tentative title: “Doctor Sleep“. King also admitted that he is nervous about penning the sequel to one of his best known works, adding:

“Maybe if I keep talking about it I won’t have to write it.”

Continue Reading
Advertisement
You may also like...
Related Topics:Stephen King, The Shining

Fleischer Wants to Do Zombieland 2 in 3D
Jeremy Renner as Hawkeye in Thor?
Advertisement