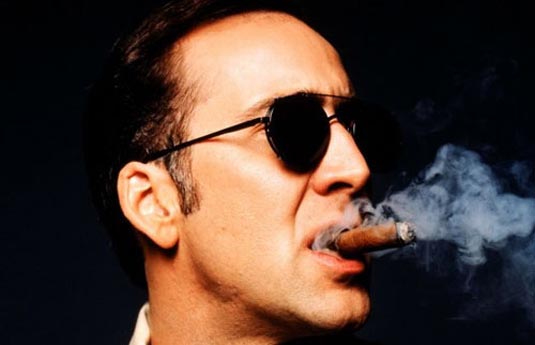 Say what you want, but Nicolas Cage is one busy guy these days. Somewhere between that Left Behind reboot and some kind of an action movie Outcast, he managed to find his way to The Expendables 3 as well. No, we’re not hear to spread the rumors, because this news comes straight from Sylvester Stallone! And if you read the rest of this report, you’ll find more interesting details about the upcoming sequel. So, Stallone recently gave an interview to El Pais, where he confirmed that Cage is definitely going to be the part of The Expendables 3 cast. “We are preparing the film with the same passion and commitment as the previous two. We have confirmed Nicolas Cage, a master actor who gives a veneer intellectual group.” – said Stallone. But the most interesting part of the interview is definitely the moment when Stallone says that Harrison Ford, Wesley Snipes and Mickey Rourke are all somehow involved in the upcoming movie. At least in a producer’s head: “That is the great mission of the producer. We will continue with the same narrative scheme, the agility and the frenzy, which are inherent to the saga.” When asked if The Expendables 3 will be the last movie in the Expendables saga, Stallone said that he can’t say “yes” for sure, because they’re going step-by-step with the third movie. Or if you prefer – if we want more they will give us more! Which is a good thing, I guess? Let us know what you think, and stay tuned for more!
Continue Reading
Advertisement
You may also like...
Related Topics:Harrison Ford, Mickey Rourke, Nicolas Cage, Sylvester Stallone, The Expendables 3, Wesley Snipes