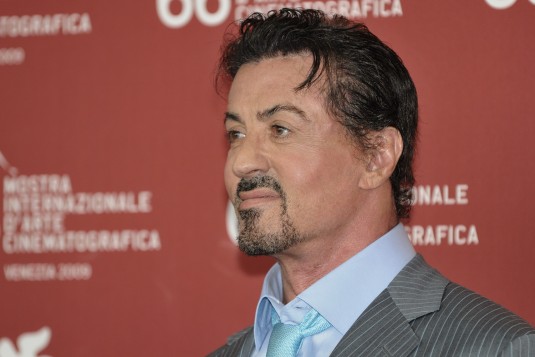 Here’s something great for all Sylvester Stallone‘s fans out there! He is still interested in that Hunter adaptation! And apparently, he’s more than ready to write, direct and star in a 3D adaptation which is based on a novel of the same name written by James Byron Huggins. Nothing official at the moment, but we do have a rumor that Stallone is in some serious negotiations with Lionsgate studio for the whole thing. And no, this has nothing to do with Rambo 5 rumors, although I admit that sci-fi-John Rambo still sounds promising. I mean, just imagine Rambo and his team fighting against some half-human abomination created by a renegade agency, or something like that. Unfortunately, all we can offer you at this moment is a little description of Hunter novel which goes like this: Nathaniel Hunter could track anyone, or anything on Earth. Now the military desperately needs him for a mission that his ultra sensitive instincts tell him he should refuse. A beast is loose somewhere north of the Arctic Circle. It has already decimated a secret research facility and annihilated a squad of elite military guards. And the raging creature is headed south toward civilization, ready to wreak bloody devastation. It is a job Hunter cannot turn down, but he soon discovers that his prey is terror incarnate, a half-human abomination created by a renegade agency through a series of outlawed genetic experiments. It has man’s cunning, a predator’s savageness, and a prehistoric power that has transcended the ages. And even if Hunter survives its unrelenting hunger for human blood, he’ll still have to confront the grim reality that it may have grown immortal. Don’t know about you guys, but I already see Stallone as Nathaniel Hunter. Yeah Sly, let’s hunt some bad aliens, man!
Continue Reading
Advertisement
You may also like...
Related Topics:Sylvester Stallone