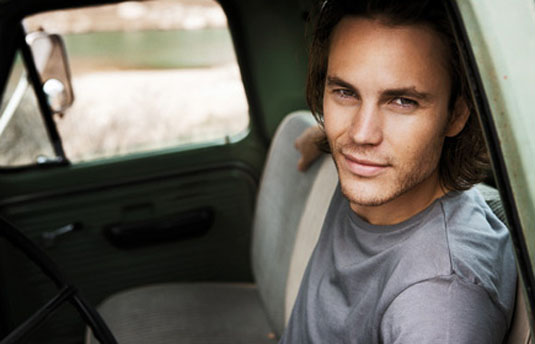 The Grand Seduction is pretty much the same thing as Le Grande Seduction, and that’s pretty much all you need to know about the upcoming Don McKellar’s English-language remake of the Quebec film. Ok, we’re just joking, we have even more about the whole thing, because we’ve just learned that your favorite “savage” hero from Mars (or something) Taylor Kitsch and Brendan Gleeson have both joined the cast of McKellar’s movie. The Grand Seduction already has Gorden Pinset, Mary Walsh, Cathy Jones and Liane Balaban on board for the story that will center on a tiny village in dire need of a full-time doctor, and the residents’ scheme to lure such a professional into taking up permanent residency. Now, according to the latest reports, Gleeson is set to play a village resident who searches for a doctor while Kitsch will portray the doctor. So basically – Gleeson will attempt to seduce the doctor to stay permanently, and that, my dear friends is called – the grand seduction? Wtf? Anyway, let us also mention that Ken Scott, who was previously attached to direct this remake, wrote the script together with Michael Dowse, and that this English-Canadian remake will be co-produced by Barbara Doran and French producer Pierre-Ange Le Pogam. I’m not sure why, but we’ll keep an eye on this project. Stay tuned!
Continue Reading
Advertisement
You may also like...
Related Topics:Brendan Gleeson, Don McKellar, Michael Dowse, taylor kitsch