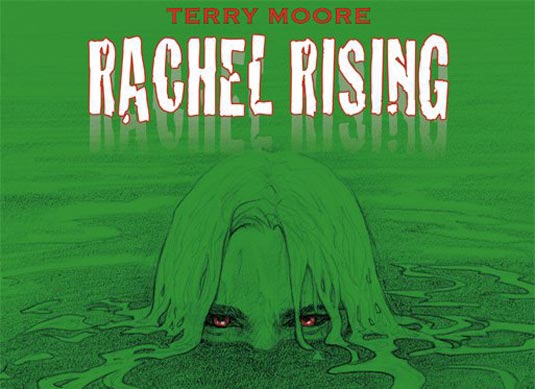 I can bet that for horror fans, it feels like television is entering a Neo-Golden Age. Why, you might ask? Well, FX has the third season of American Horror Story coming this fall, The Walking Dead has achieved record ratings for AMC, A&E and NBC both reinterpreted classic movie characters for their prequel series Bates Motel – which already secured a second season – and Hannibal, which is slowly growing into a success. Oh, and Eli Roth’s Hemlock Grove premieres on Netflix this Friday. Now, Alcon Entertainment Group’s TV branch, Alcon Television Group, will take on a small screen adaptation of comic-book horror mystery series by Terry Moore, Rachel Rising. According to THR, Moore will exec produce the series, along with Alcon and longtime producer Lloyd Levin, who worked on the Watchmen and Hellboy films. Unlike other mentioned series, Rachel Rising (nominated as one of the Best New Series for the 2012 Harvey Awards) has only the plain story about Rachel, a woman who wakes up in a shallow grave, alive except for the fact that she has a nasty scar across her throat and that she’s actually dead. She looks to her friends in town to help her solve the mystery behind her death, all while a freaky blonde killer is on her trail, using an even freakier little girl as a mate. This isn’t bloody, gory, psycho horror as we’ve seen so far. It’s a thought-provoking view of death, witchcraft and local history, which makes it quite a bit different from all the others. In spite being still in its earliest stage, preliminary ‘shopping around’ has attracted interest from various networks, says THR. My spider-sense is telling me this needs to land on a network that actually pays attention to what it airs, so it should be off the ‘Fab Four’.
Continue Reading
Advertisement
You may also like...
Related Topics: