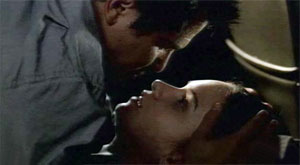 In this dark comedy, high school senior Shirley (newcomer Katherine Waterston) works as a babysitter to save money for college. She has a serious crush on Michael (John Leguizamo), father of two of her regular charges. One night, Michael and Shirley share a forbidden kiss, and he gives her a nice bonus on top of her regular babysitting fee. After Michael’s married buddies find out and want in on the babysitter action, Shirley becomes a high-school madam, arranging dates between her girlfriends and the upstanding family men of their neighborhood with her trusty black book. An innocent flirtation soon spirals into an affair that causes everyone involved to lose more than they bargained for. The film is directed by David Ross, and is scheduled to hit theaters on May 9th.
Continue Reading
Advertisement
You may also like...
Related Topics: