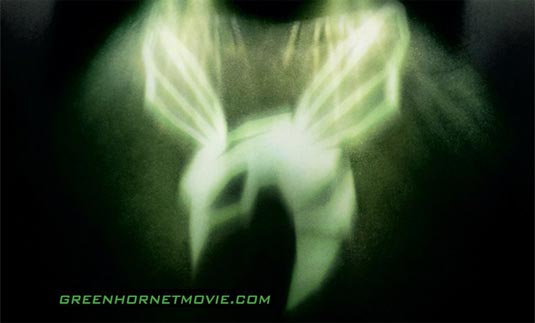 Columbia Pictures has released a new teaser poster for The Green Hornet, starring Seth Rogen, Christoph Waltz, Jay Chou and Cameron Diaz. In the film Rogen plays Britt Reid whose father mysteriously dies, leaving him his vast media empire. Britt teams up with one of his father’s employees named Kato (Chou), and with the help of Britt’s new secretary, Lenore Case (Diaz), they begin hunting down the man who controls LA’s gritty underworld: Benjamin Chudnofsky (Waltz). Synopsis: Britt Reid is the son of LA’s most prominent and respected media magnate and perfectly happy to maintain a directionless existence on the party scene — until his father mysteriously dies, leaving Britt his vast media empire. Striking an unlikely friendship with one of his father’s more industrious and inventive employees, Kato, they see their chance to do something meaningful for the first time in their lives: fight crime. But in order to do this, they decide to become criminals themselves — protecting the law by breaking it, Britt becomes the vigilante The Green Hornet as he and Kato hit the streets. Using all his ingenuity and skill, Kato builds the ultimate in advanced retro weaponry, The Black Beauty, an indestructible car equal parts firepower and horsepower. Rolling in a mobile fortress on wheels and striking the bad guys with Kato’s clever gadgets, The Green Hornet and Kato quickly start making a name for themselves, and with the help of Britt’s new secretary, Lenore Case, they begin hunting down the man who controls LA’s gritty underworld: Benjamin Chudnofsky. But Chudnofsky has plans of his own: to swat down The Green Hornet once and for all. The film is directed by Michel Gondry (The Science of Sleep, Be Kind Rewind). The screenplay is by Seth Rogen & Evan Goldberg, based upon “The Green Hornet” radio series created by George W. Trendle. The Green Hornet will be released in IMAX 3D, simultaneously with the 2D and 3D release of the movie on January 14th 2011. In case you haven’t already watched it, check out The Green Hornet trailer.