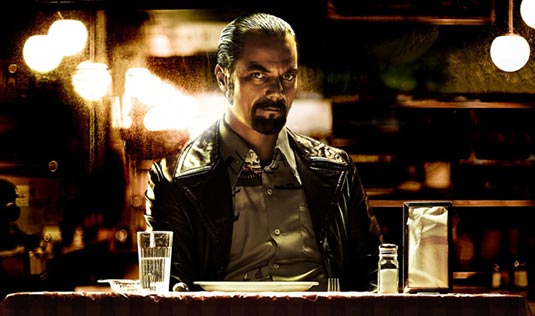 We have another new poster for the upcoming The Iceman movie which stars Michael Shannon as a professional hitman Richard Kuklinski. Yes, that’s almost unrecognizable Shannon as loving husband, devoted father and ruthless killer Kuklinski. The true crime thriller also stars Winona Ryder, Chris Evans, David Schwimmer, James Franco and Ray Liotta and it definitely looks that director Ariel Vromen is quite serious about this adaptation. Based on The Iceman: The True Story of a Cold-Blooded Killer, written by Anthony Bruno, the movie will follow the life of Kuklinski, a professional hitman who kept his work secret from his family. And in case you’re not so familiar with The Iceman nickname, he received it because he froze the bodies of his victims in order to disguise their time of death and throw the authorities off track. Guess we could call that an interesting character for a big screen. Let us know what you think about the new Iceman poster and stay tuned for more updates on the whole thing.