You will know her name! And she’s our cute (this time bloody-cute) Chloe Moretz, who stars as the lead in the upcoming reimagining of the classic horror tale about Carrie White. This horror thriller comes from director Kimberly Peirce and today we have something pretty cool to share with you – the international poster revealed at the New York Comic Con!

Guess we’re all sick and tired of remakes, but what the hell – I’ll give them a try! After all, the cast looks just fine – beside young Moretz, we also have Julianne Moore on board as her mother, while the rest of the cast also includes Judy Greer, Portia Doubleday, Alex Russell, Gabriella Wilde and Ansel Elgort.

The whole thing is based on the best-selling novel by Stephen King, and Roberto Aguirre-Sacasa is behind the script.

The story will once again follow Carrie White, a shy girl outcast by her peers and sheltered by her deeply religious mother, who unleashes telekinetic terror on her small town after being pushed too far at her senior prom.

Anyway, I will also add two cool photos from the whole thing, just in case you’ve missed the first look at Moretz and her mom Moore, hope you’ll like it. 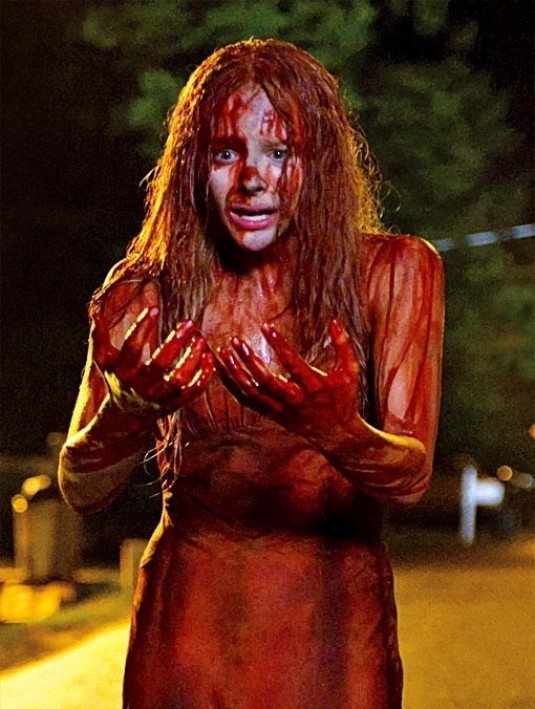 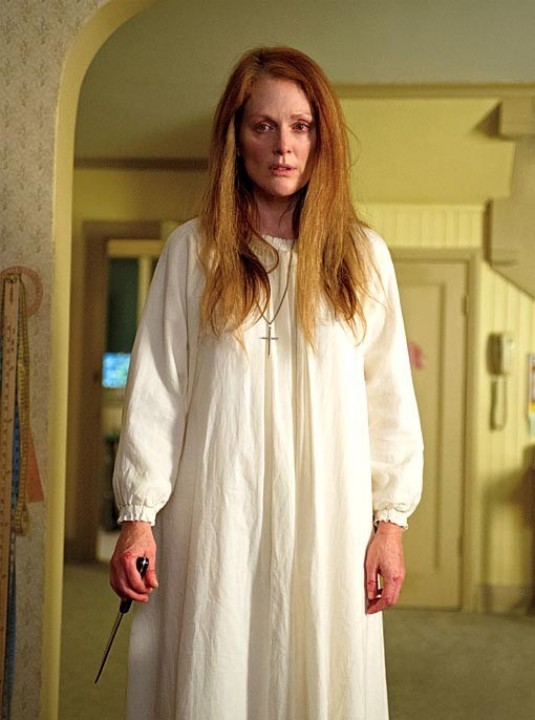