Here’s the first teaser trailer for the Sundance hit Toy’s House that has been retitled The Kings of Summer, a classic coming of age film that everyone can enjoy. Directed by Jordan Vogt-Roberts from a script written by Chris Galletta, the indie comedy stars Nick Robinson, Gabriel Basso and Moises Arias as three unhappy teens who flee to the wilderness, where they build a makeshift house and live off the land as masters of their own destiny. CBS Films has moved up the release from June 14th to May 31st, 2013 of the film which also stars Nick Offerman, Megan Mullally, Mary Lynn Rajskub and Alison Brie, but none of whom show up in the teaser. Check out the trailer below. Here’s the synopsis:

Premiering to rave reviews at the 2013 Sundance Film Festival, THE KINGS OF SUMMER is a unique coming-of-age comedy about three teenage friends – Joe (Nick Robinson), Patrick (Gabriel Basso) and the eccentric and unpredictable Biaggio (Moises Arias) – who, in the ultimate act of independence, decide to spend their summer building a house in the woods and living off the land. Free from their parents’ rules, their idyllic summer quickly becomes a test of friendship as each boy learns to appreciate the fact that family – whether it is the one you’re born into or the one you create – is something you can’t run away from. 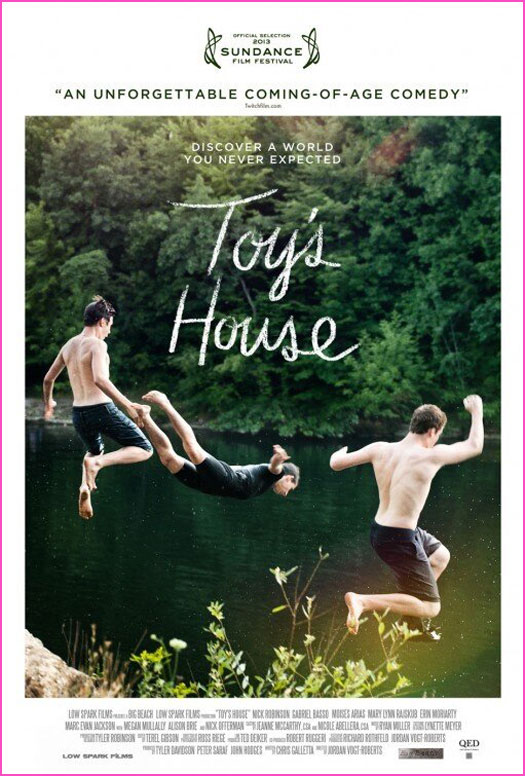