Paramount has premiered a new clip for upcoming film The Last Airbender, during the MTV Movie Awards 2010 ceremony. The new TV spot has also arrived online and you can check them both out below. Based on the hugely successful Nickelodeon animated TV series, the live-action feature film is set in a world where human civilization is divided into four nations: Water, Earth, Air and Fire. 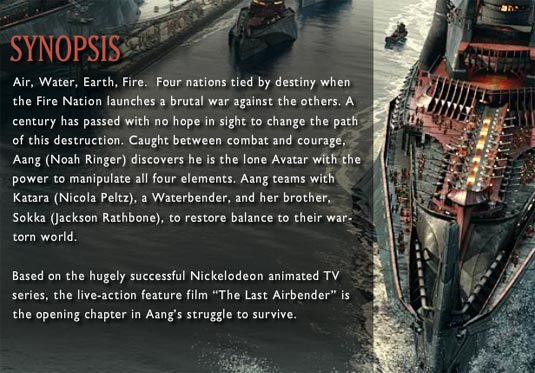