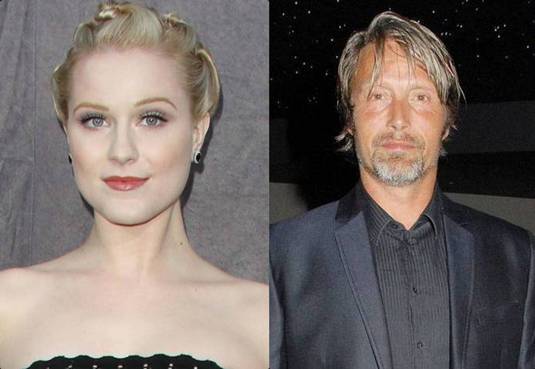 No doubt, return of Shia LaBeouf to play the titular Charlie Countryman help The Necessary Death of Charlie Countryman action comedy getting back into production. The Ides of March’s Evan Rachel Wood and The Three Musketeers’ Mads Mikkelsen have both joined the cast of the gritty pulp romancer, which is being shopped in Berlin. Woods landed a starring role opposite  LaBeouf. Variety reports that she will play a Hungarian girl called Gabi Banyai who Charlie (LaBeouf) falls for after her father dies on a plane next to him; Mikkelsen is in as her insanely violent estranged husband Nigel who will do anything to ensure the duo don’t end up together. Nigel is a crime boss too, but that won’t discourage Charlie who resisted beat down after beat down to woo the girl. Project X scribe Matt Drake penned the Black List script and will go in front of cameras in Eastern Europe this May with commercials director Frederik Bond making his feature debut. Wood has been busy as of late with projects including the erotic L.A.-set thriller Plush with Catherine Hardwicke, the Justin Long’s indie rom-com project A Case of You and has been involved in the upcoming fantasy-horror film Phantasmagoria: The Visions of Lewis Carroll for a while. Danish thesp Mikkelsen, specialized in similar villainous or anti-hero roles in films, will next co-star alongside Harvey Keitel and Roy Dupuis in the Rue Morgue Cinema horror western Cut Throats Nine. Check out the new Project X trailer which Drake also penned and which hits theaters nationwide March 2nd, 2012. [youtube]http://www.youtube.com/watch?v=1Rl1TJG17Wk[/youtube]