Connect with us
The Solitude of Prime Numbers (La Solitudine dei Numeri Primi) is Saverio Costanzo‘s adaptation of the international bestseller of the same name by literary Wunderkind Paolo Giordano. 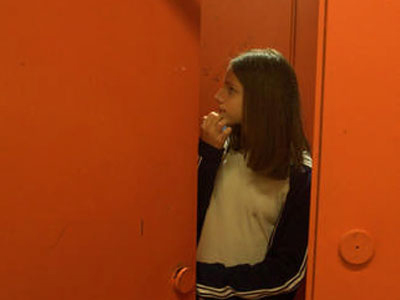 Movie traces 24 years in the lives of a pair of upper middle-class Italian schoolmates who bond over similarly troubled childhoods, and will compete for Golden Lion, this year, at 67th Venice Film Festival. Check out the Venice Film Festival 2010 list of In Competition movies “1984, 1991, 1998, 2007….Alice and Mattia, two exceptional personalities but inadequate, synthesis of two lives in pain, two special people who travel on the same track, but are two worlds imploded, unable to open up to the world. They are parallel but distant; their hearts are obsessively in love, but will never meet. One fully understands the feelings of the other, but is never able to express them out loud, in short, they are two prime numbers. Prime numbers are divisible only by 1 and themselves…they would have liked to be like everyone else, just numbers, but for some reason they were not …between them there is always an even number that prevents them from touching.” The Solitude of Prime Numbers stars Isabella Rossellini, Alba Rohrwacher, Filippo Timi, Luca Marinelli and Maurizio Donadoni. [youtube]http://www.youtube.com/watch?v=2taIhjzj70g&feature[/youtube]
Continue Reading
Advertisement
You may also like...
Related Topics:Isabella Rossellini