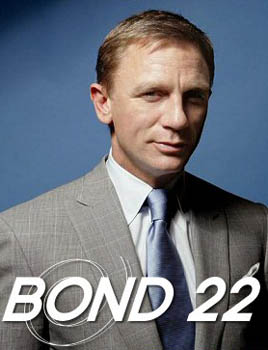 Work has begun on the 22nd James Bond film, which has a scheduled release for November 2008. Daniel Craig will return for his second Bond role with the main cast of Olga Kurylenko, Gemma Arteton, Mattieu Amalric, Jeffrey Wright and Dame Judi Dench. Amalric will be the Bond villain. The French actor has made a string of French films dating back to ‘Les Favoris de la Lune’ in 1984. Ukraine born actress Olga Kurylenko is “the Bond girl”. Her previous films were mostly European productions. Marc Foster will direct the new movie. He is relatively new, having only made seven films previously. He directed ‘Monster’s Ball’ (2001) and ‘Finding Neverland’ (2004). Initial filming began in London on January 3rd and will move to Lake Constance in the town of Bregenz, in western Austria in April. The title of the movie will be announced tomorrow at a press conference in London.
Continue Reading
Advertisement
You may also like...
Related Topics:Bond 22, Daniel Craig, Quantum of Solace

Shatner’s gone there before, but new ‘Trek’ isn’t on frontier
‘Quantum of Solace’ – Title of Bond 22
Advertisement