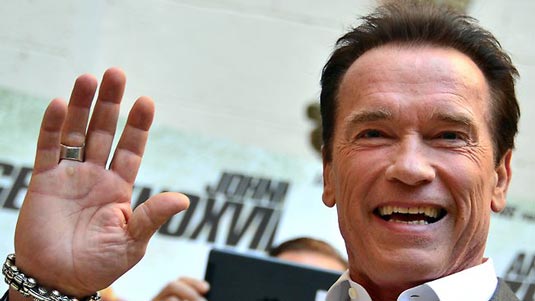 Yeah, you’ve read it right – Arnie is going to appear in 1984’s The Toxic Avenger reboot, and in a support role, not the title one. Would you believe me if I said I didn’t want to do the news on this one, but rather declare it officially one reboot too many? Since he swam out of political career and returned to the big screen, Arnold Schwarzenegger‘s roles have been, well, so-so, at best. The Conan reboot talk was somewhat acceptable, but this, I think this is a bit degrading. Not only he’ll have a support role, but he will have a support role (something of a mentor) in what I suspect will be a film that will try to piggyback on The Avengers’ fame, with producers’ logic that an average moviegoer can’t possibly know exactly all the Avengers, simply because they don’t read comics (so they will think that it might have something to do with the big blockbuster). That and, there’s always the average person’s intelligence factor. Or maybe I’m just paranoid, in which case you are free to forget the last two sentences, heheh (don’t blame me, it’s just a thought that popped in my head… but then again, such thoughts came true, so far). Anyway, Steve Pink (Hot Tub Time Machine) is set to write and direct, and Akiva Goldsman (I Am Legend, Constantine) is producing. The film is ‘loosely based’ on Lloyd Kaufman’s original film, in which a mop boy becomes a disfigured but powerful ‘superhero’ after being immersed in toxic waste. There’s a press release as well, which lets us know what exactly will Arnie do in the film:

Schwarzenegger would play the Exterminator, a former black ops agent, who trains Toxie to use his powers for good. Together they take on the lurking menace created by the polluters, and the polluters themselves.

The original movie isn’t  going to be held up as paragon of film, which may or may not be a good thing. I haven’t personally seen it, but they say that The Toxic Avenger is the type of movie that horror fans like to say doesn’t get made any longer. The original (and the sequels that followed) had enough of a fanbase that six years after it debuted, it became the basis for a short-lived animated series aimed at kids. And they have BIG plans for this reboot, as in turning-it-into-a-franchise big. To be loved by everyone. I kid you not, this is what International Film Trust’s President Ariel Veneziano announced:

Our film is a perfect combination of commercial genre, star power and award winning filmmakers to set it apart from other titles on offer at Cannes this year. The Toxic Avenger is a blockbuster in waiting with franchise potential. The buyers will love it.

well, we all know what happens to films that (thanks to corporate greed) try to suck up to everyone – they end up just sucking. Though, if they don’t take it too seriously (maybe in the manner of Garth Ennis’ Arseface), it might even turn out to be ok. Time will tell, but I’d still urge Arnie to back out of The Toxic Avenger and let us remember him as Terminator-awesomeness in peace.