20th Century Fox has debuted another brand new international trailer for James Mangold‘s The Wolverine, starring Hugh Jackman. While we’ve seen a lot of this footage before, there is some new stuff which features Viper character played by Svetlana Khodchenkova while sheds her skin like a snake and we get a bit more Silver Samurai character played by Will Yun Lee as well. Hopefully, Mangold has found a good amount of control over the Wolverine’s serious side and the fun Chris Claremont’s comic book elements of good summer blockbuster. Penned by Christopher McQuarrie and Mark Bomback, the upcoming flick takes our favorite Marvel mutant all the way to modern day Japan where he will face a host of unexpected and deadly opponents in an epic battle that will leave him forever changed. This epic action-adventure also stars Hiroyuki Sanada, Brian Tee, Rila Fukushima, and Tao Okamoto. The Wolverine hits theaters everywhere on July 26th, 2013. Check out Logan brooding in the rain and sporting a seventh blade and yadda yadda yadda. Here’s the official synopsis:

Based on the celebrated comic book arc, this epic action-adventure takes Wolverine, the most iconic character of the X-Men universe, to modern day Japan. Out of his depth in an unknown world he faces his ultimate nemesis in a life-or-death battle that will leave him forever changed. Vulnerable for the first time and pushed to his physical and emotional limits, he confronts not only lethal samurai steel but also his inner struggle against his own immortality, emerging more powerful than we have ever seen him before. 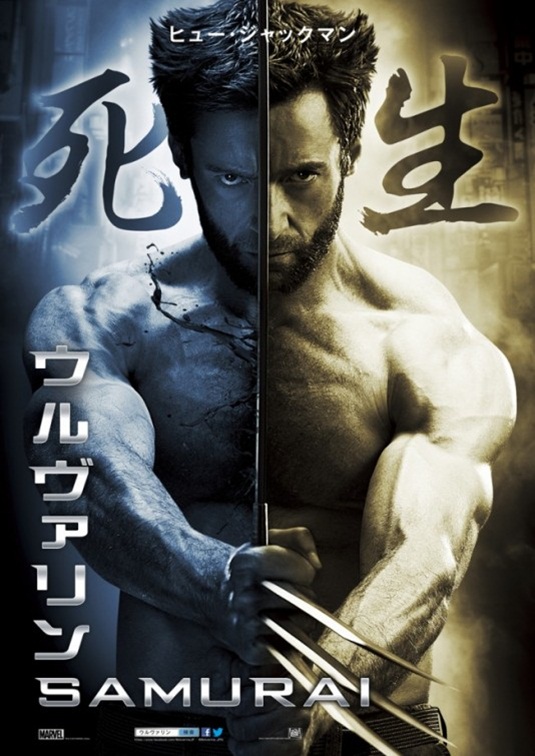