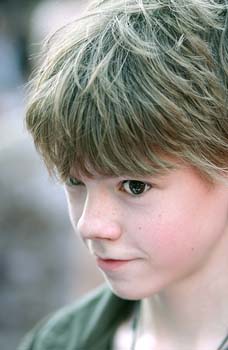 Thomas Sangster has been reported to be landing an important role in the feature film series to be directed by Steven Spielberg and Peter Jackson. The 17-year-old actor is going to be cast as the titular character in “Tintin” trilogy. Though the aspiring actor’s agent refused to give direct comment on the speculations, a film executive working with Sangster revealed that it is more likely that he would be cast. “Thomas seems to be the one,” said the executive. “He was just great, but I’m not certain if anything has been finalised yet.” On related news to “Tintin”, it was rumored that James Cameron might be signed to direct the third film as Spielberg has been set to helm the first and Jackson the second. Despite the fact that Andy Serkis, the actor who has been cast as Captain Haddock, has revealed the order of the first two films’ directors, speculations stating that Spielberg and Jackson may be collaborating for the films are still circulating.
Continue Reading
Advertisement
You may also like...
Related Topics:Andy Serkis, James Cameron, Peter Jackson, Steven Spielberg, The Adventures of Tintin