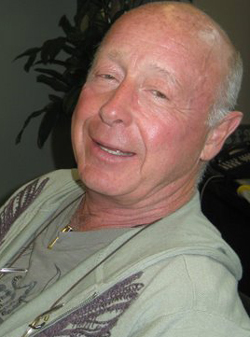 Well, we all know that Top Gun 2 is in the works. Today, we’re here to report that Tony Scott and producer Jerry Bruckheimer will return. Hitflix reports that Scott confirmed he’s on board a sequel, tentatively titled Top Gun 2, after 25 years, with producer Jerry Bruckheimer at Paramount Pictures. Scott says that the Top Gun sequel will examine how air combat has changed in the past two decades. “It’s a whole different world now,” he said. “These computer geeks – these kids play war games in a trailer in Fallon, Nevada and if we ever went to war or were in the Middle East or the Far East or wherever it is, these guys can actually fly drones. They are unmanned aircraft. They operate them and then they party all night.” Scott refused to comment on a potential return for Tom Cruise‘s Maverick character. However, Top Gun sequel is still a few years away because this wouldn’t be Tony Scott’s next film. Scott’s next movie Unstoppable opens on November 11 and he’s also directing Emma’s War and Potsdamer Platz. “This world fascinated me, because it’s so different from what it was originally. But, I don’t want to do a remake. I don’t want to do a reinvention. I want to do a new movie,” he added.
Continue Reading
Advertisement
You may also like...
Related Topics:Tom Cruise, Tony Scott, Top Gun 2