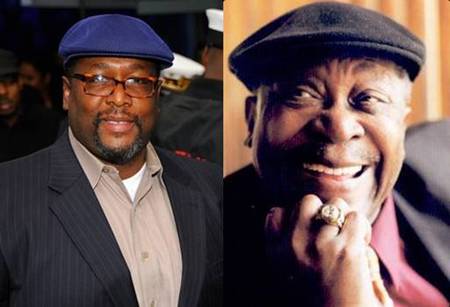 The King of the Blues has played in excess of 15000 performances, released over a period of 52 years and now it is taking him and his music to perform Wendell Pierce in a film called BB King and I.

In other words, Wendell Pierce, best known for playing Det. William ‘Bunk’ Moreland on HBO’s The Wire, has been cast as B.B. King in a biopic of the legendary jazzman.

The true story of an extraordinary friendship is scribed by Michael Zanetis and Melora Donoghue, and Zanetis himself, a former jazz drummer turned night club owner, will be portrayed by Almost Famous star Patrick Fugit.

B.B. King and I is the unique story of two individuals: B.B. King, the legendary guitarist and Michael Zanetis, a daring young entrepreneur. This feature is the story of how their lives became tangled and the noteworthy impact they had on each other.

Zanetis is also serving as a producer on the flick, and Variety reveals that Michael Schroeder, who directed the Christopher Plummer film Man in the Chair, will helm the movie, with a September start being anticipated.

The ex-Wire thesp currently plays a session jazz musician in the HBO television series Treme and he is in pretty good shape for this kind of music.

We’re fortunate to have an actor of his calibre and reputation for dedication to his craft, portraying one of America’s most beloved icons.This year marks the 21st anniversary of Mr King receiving his Star and his 86th birthday, so we feel the time is right to bring our tribute to him to the big screen.”

As for Pierce, before the year is out he’ll appear in both the comedy Horrible Bosses and in mega-franchise feature The Twilight Saga: Breaking Dawn Pt. 1. Fugit lately reunited with Almost Famous filmmaker Cameron Crowe for We Bought a Zoo, due December 23.

Watch Antoine Batiste shows them how it’s done in the Treme.

Antoine Batiste shows them how it’s done in the Treme