DreamWorks Animation has released five character posters for Turbo, an upcoming family adventure flick about a snail who dreams of being the greatest racer in the world, just like his hero, 5-time Indianapolis 500 champ, Guy Gagn. The racing snail adventure film,  directed by David Soren, features voice acting from Ryan Reynolds, Paul Giamatti, Snoop Dogg (aka Snoop Lion),  Samuel L. Jackson and Maya Rudolph. Here’s the synopsis from the film

From the makers of Madagascar and Kung Fu Panda, Turbo is a high-velocity 3D comedy about an underdog snail who kicks into overdrive when he miraculously attains the power of super-speed. But after making fast friends with a crew of streetwise, tricked-out es-car-goes, Turbo learns that no one succeeds on their own. So he puts his heart and shell on the line to help his pals achieve their dreams, before Turbo-charging his own impossible dream: winning the Indy 500. 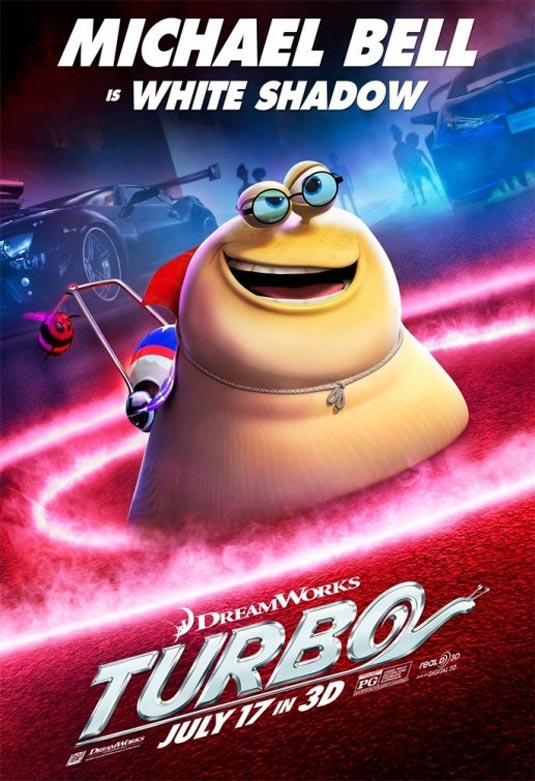