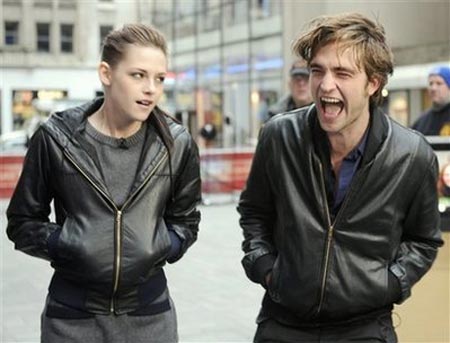 Summit Entertainment has officially announced “Twilight“ first sequel, “New Moon.” In a special email to “Twilight” fans, Robert Pattinson and Kristen Stewart thanked moviegoers for their “amazing support” and confirmed that the film’s distributor, was moving forward with a sequel.

“To all of our wonderful, loyal and fantastic fans – Thank you from the entire cast & crew for your amazing support of Twilight.

“You’ve blown away all of our expectations, and we feel so honored to have made a film that means as much to you as it does to us. Without your passion, interaction and support, this film would not be where it is today – the #1 movie in America!

“From every city, every stop, every interview we have done, you’ve made this an unbelievable, nearly surreal experience…and so cool that we were all in this together.

“We just heard from Summit that we’ll be moving forward on New Moon. We look forward to sharing this next chapter with you! Kristen & Rob.”

The “Twilight” films stem from the popular four-part series of novels by Stephenie Meyer, which includes “Twilight,” “New Moon,” “Eclipse” and “Breaking Dawn.”

I Am Legend 2 Prequel Or Sequel?
“Coraline” Official Trailer And Poster
Advertisement