Connect with us
Two new posters for the upcoming animated “Star Wars: The Clone Wars” has been released. 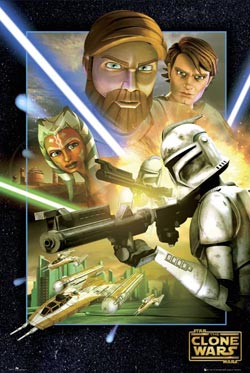 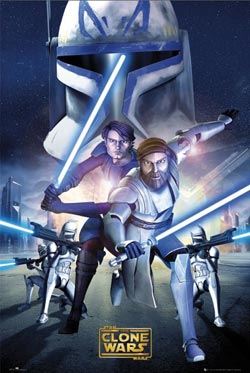 On the front lines of an intergalactic struggle between good and evil, fans young and old will join such favorite characters as Anakin Skywalker, Obi-Wan Kenobi and Padmé Amidala, along with brand-new heroes like Anakin’s padawan learner, Ahsoka. Sinister villains – led by Palpatine, Count Dooku and General Grievous – are poised to rule the galaxy. Stakes are high, and the fate of the “Star Wars” universe rests in the hands of the daring Jedi Knights. Their exploits lead to the action-packed battles and astonishing new revelations that fill “Star Wars: The Clone Wars.” The new movie will appear in theaters on August 15th and will set up an animated series that will premier on Cartoon Network in the fall.
Continue Reading
Advertisement
You may also like...
Related Topics: