Tom at the Farm is the latest drama from director Xavier Dolan which has been selected to be screened in the main competition section at the upcoming Venice International Film Festival. Today, we’re here to share the most important details about this “dry and raw and rough” film, which is set in the country and its – ugly. Don’t shoot the messenger, that’s what Dolan had to say about the whole thing. Head inside to see what he’s talking about… Dolan, man who stands behind (familiar) titles like “I Killed My Mother” and “Laurence Anyways” is this time bringing us a completely different story, which revolves around a gay man who travels to his dead lover’s funeral, only to realize that his beloved’s family was not aware of their son’s sexual orientation. Wait, it’s not completely different story after all. Just like Dolan’s 2012 drama Laurence, the upcoming movie explores the complicated and provocative theme of sexuality. But it actually sounds interesting. As we said, Tom at the Farm is set deep in the farmlands of Quebec, and tells of the growing fissure separating city and country and the respective natures of the men that reside there. The movie is based on the eponymous play by Michel-Marc Bouchard, and stars Caleb Landry Jones, Pierre-Yves Cardinal, Lise Roy, Manuel Tadros and Anne Caron. And here’s the official poster for the movie which says – what you don’t know WILL hurt you. We’ll keep an eye on this project, make sure you stay tuned for more updates! 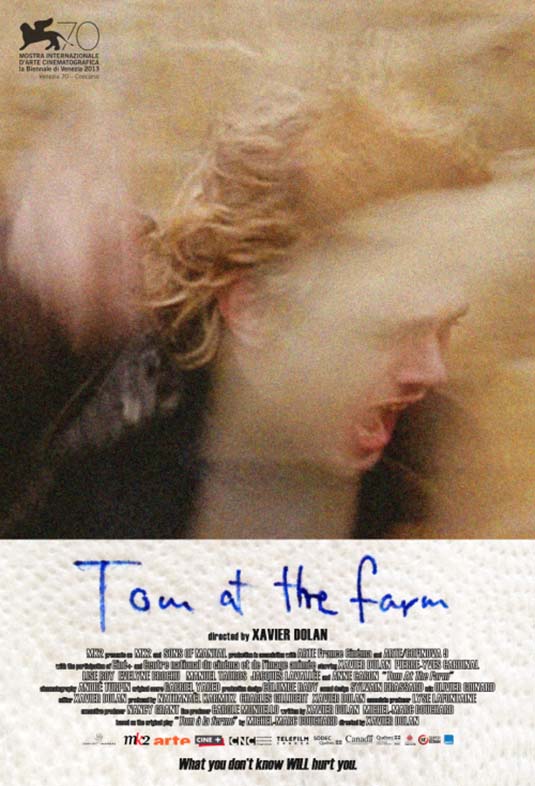