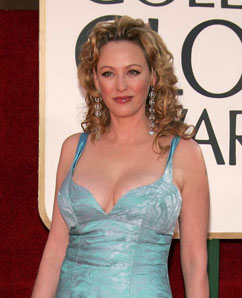 Virginia Madsen has signed to join Hilary Swank and Richard Gere on the biopic Amelia for Avalon Pictures and Fox Searchlight.Variety reports the film is directed by Mira Nair from a screenplay by Ron Bass. Shooting is set to start later this month with locations in Canada and South Africa. The film is produced by Kevin Hyman, Ted Waitt and Lydia Dean Pilcher with Swank and Bass executive producing. The film’s plot will chronicle the life of Amelia Earhart (Swank) and her troubled relationship with publisher-promoter George Putnam (Gere) – whom she married. Madsen has signed for the role of Putnam’s first wife, Dorothy Binney. Amelia will mark Madsen’s return to Fox Searchlight – who teamed with the actress for her role in the Oscar-nominated Sideways. Madsen picked up a Supporting Actress Oscar nod for her work in the film. Madsen has roles in the upcoming IFC comedy Diminished Capacity (with Matthew Broderick) and the Gold Circle Films/Lionsgate supernatural thriller The Haunting in Connecticut. The actress has also launched her own production company, Title IX Prods., and worked with her mother, Elaine Madsen, on the documentary I Know a Woman Like That – which follows the lives of several women ages 65-94.
Continue Reading
Advertisement
You may also like...
Related Topics:Amelia