The true story of the infamous Bondurant Brothers who made a run for the American Dream in Prohibition-era Virginia, Lawless, the closer it gets, the better it looks. Bondurant boys played by Shia Labeouf, Tom Hardy, and Jason Clarke find their bootlegging operation in some serious jeopardy. The film is directed by John Hillcoat (The Road) and features a screenplay by Nick Cave, who also composed and performed the score, based on the novel ‘The Wettest County in the World’ by Matt Bondurant, and also stars Jessica Chastain, Guy Pearce, Gary Oldman and Mia Wasikowska. A brand new red band trailer gets you into depression-era drama and it features good old-fashioned tar and feathering along with a lot of violence, blood and nudity. LaBeouf portrays the youngest of the Bondurants, always looking to step out from the shadow of his big brother Forest (Hardy) and in direct opposition to the Forest-led Bondurants is Pearce’s Special Agent Rakes, a man willing to test the brothers’ proclamations of immortality. Prohibition era gangster film Lawless hits theaters next Friday, August 29th, 2012. Check out the red band trailer below. [youtube]http://www.youtube.com/watch?v=DXq2xzSzphE[/youtube] 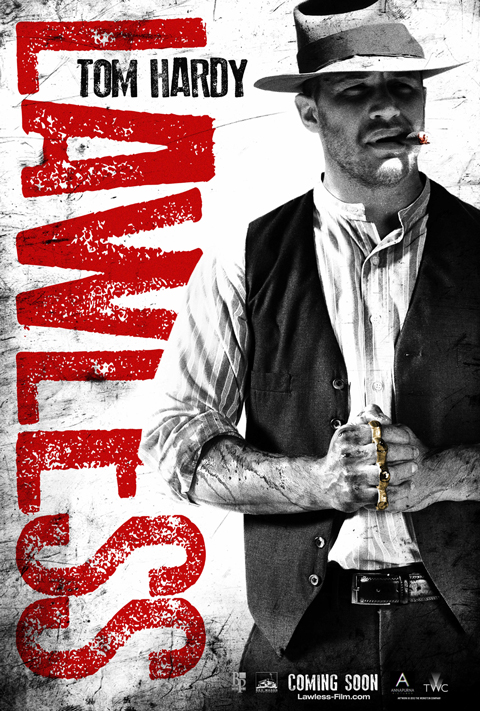