If you are not getting enough of Dictator from trailers, well, once again here’s All Triumphant General and Chief Opthamologist of People’s Republic of Wadiya. The Supreme Leader, Admiral General Shabazz Aladeen today comes in the form of a brand spanking new red band trailer for The Dictator after Sasha Baron Cohen’s funny cameo over the weekend on Saturday Night Live. They have added a few new jokes and it sounds like there’s going to be plenty of racist-sounding jokes, offensive language with some 9/11 jokes tossed into the mix for good measure. The latest collaboration between Baron Cohen and director Larry Charles, The Dictator opens in theaters on Wednesday, May 16th, 2012 also starring Anna Faris, Ben Kingsley, Megan Fox, John C. Reilly and J.B. Smoove. Check out the new red-band trailer for the R-rated film inspired by Saddam Hussein’s best-selling novel Zabibah and the King that tells the heroic story of a dictator who risked his life to ensure that democracy would never come to the country he so lovingly oppressed. 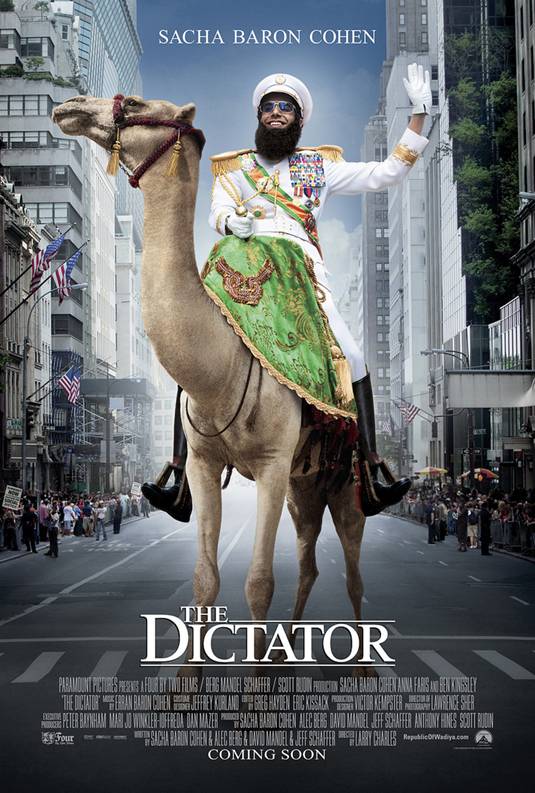