A new year, a new beginning for the legendary story of the homicidal Sawyer family. Directed by John Luessenhop a direct sequel to the original 1974 film centers on Heather, who is traveling through Texas with her boyfriend Ryan to collect an inheritance which, unknown to her, includes her cousin – lovely Leatherface.

Head inside to watch a special New Year themed spot, in which the audience is reintroduced to Leatherface to the strains of a traditional Scottish song Auld Lang Syne.

Decades later and hundreds of miles away from the original massacre, a young woman named Heather learns that she has inherited a Texas estate from a grandmother she never knew she had. After embarking on a road trip with friends to uncover her roots, she finds she is the sole owner of a lavish, isolated Victorian mansion. But her newfound wealth comes at a price as she stumbles upon a horror that awaits her in the mansion’s dank cellars. 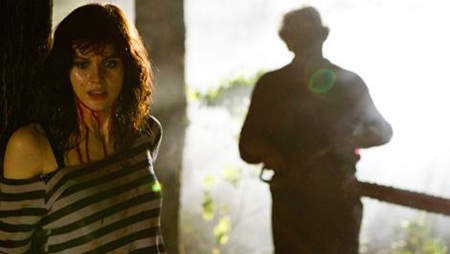