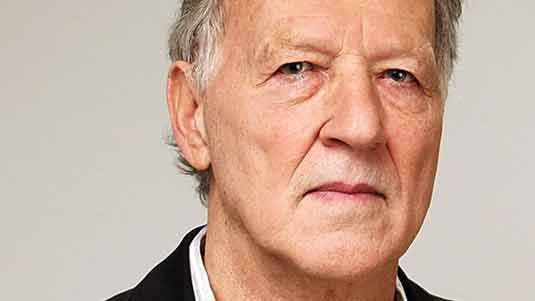 Well, here’s something strange. Of all the people in the world, writer and director Werner Herzog is set to play the villain in the upcoming Christopher McQuarrie’s adaptation of Lee Child‘s novel One Shot. We already wrote so much about this project, but that doesn’t mean we have no write to be confused with this decision. Right? Herzog is without a doubt a great guy. And he will be great in the role of an ex-prisoner of war who arranges and stages the killing and is the head of the conspiracy – character named The Zec. So, Herzog will join the cast which already includes Tom Cruise, who, as usual, stars as the lead, a retired military investigator Jack Reacher, an ex-military investigator-turned-drifter who “gets sucked into the mystery surrounding the arrest of a sniper accused of killing five random people in a shooting.” The rest of cast includes Rosamund Pike, David Oyelowo, Richard Jenkins and Robert Duvall. In case you already forgot the synopsis part, here it is once again: “Six shots. Five dead. One heartland city thrown into a state of terror. But within hours the cops have it solved: a slam-dunk case. Except for one thing. The accused man says: You got the wrong guy. Then he says: Get Reacher for me. And sure enough, ex-military investigator Jack Reacher is coming. He knows this shooter–a trained military sniper who never should have missed a shot. Reacher is certain something is not right–and soon the slam-dunk case explodes. Now Reacher is teamed with a beautiful young defense lawyer, moving closer to the unseen enemy who is pulling the strings. Reacher knows that no two opponents are created equal. This one has come to the heartland from his own kind of hell. And Reacher knows that the only way to take him down is to match his ruthlessness and cunning–and then beat him shot for shot.” One Shot opens on February 8, 2013.
Continue Reading
Advertisement
You may also like...
Related Topics:Christopher McQuarrie, David Oyelowo, Lee Child, One Shot, richard jenkins, Robert Duvall, Rosamund Pike, Tom Cruise, Werner Herzog

DRACULA and FRANKENSTEIN: Forgotten Monsters in the Age of TWILIGHT?
The Business Case Against Smoking in Movies
Advertisement