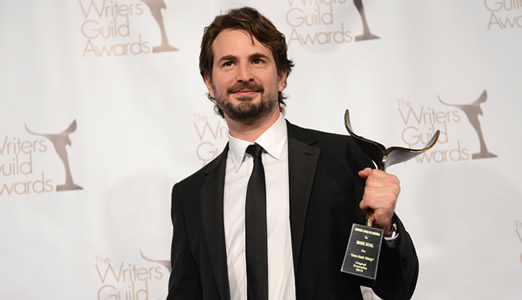 Last night was the Writers Guild Awards (WGA), the last major guild award before the Oscars. Zero Dark Thirty and Argo took home the original and adapted screenplay awards, while over on the TV side, AMC’s ‘Breaking Bad’ and FX’s ‘Louie’ took home awards for best drama and comedy series. Mark Boal‘s screenplay for Zero Dark Thirty won best original category over Flight, Looper, The Master and Moonrise Kingdom. Chris Terrio‘s adaptation of Argo took adapted screenplay over Perks of Being a Wallflower, Life of Pi, Lincoln and Silver Linings Playbook. Boal said in his acceptance:

It’s a unique thing to be honored by your peers. Kathryn (Bigelow), you took this script and made it live, breathe and fly.

A visibly nervous Terrio said in his acceptance that when he began work on Argo five years ago, he had deflated on his student loan:

I had my specs and Writers Guild card; I can’t tell you how that propped me up.