Barry Levinson’s “What Just Happened?” is based on Art Linson’s memoir (book and screenplay) about his experiences as a Hollywood producer. Rober De Niro plays a Linson-like producer who is going through two weeks of hell as he tries to get a picture made. Sean Penn and Bruce Willis play themselves. The other famous faces take part in a comedy the filmmakers hope will do for moviemaking what Wag The Dog did for politics. 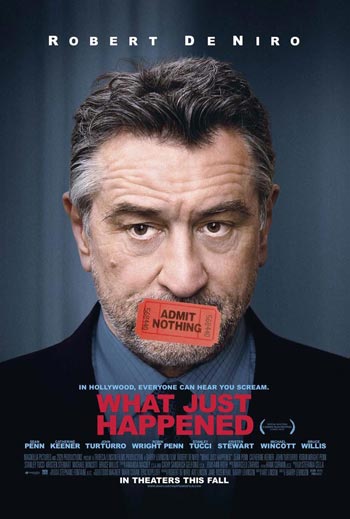