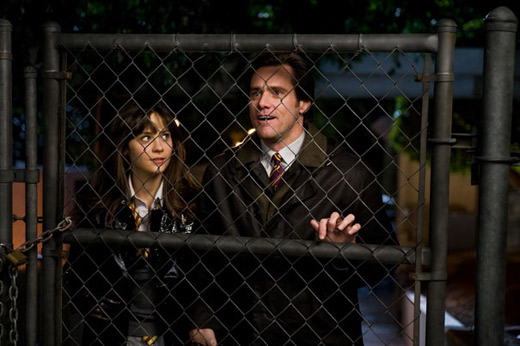 Comingsoon.net was able to get their hands on the first pictures of the comedy,’Yes Man,’ starring Jim Carrey, Zooey Deschanel, Danny Masterson, and Terrence Stamp. The film is about a man named Carl Allen (Jim Carrey) who takes a self -help program and must say ‘yes’ to anything and everything. Sure, these pics aren’t much to look at. However, they do tell us one thing. They tell us that Jim Carrey is going back to what he does best…and that’s to make people laugh. I actually enjoy Jim Carrey as a dramatic actor, but after watching last year’s horrendous ‘Number 23,’ I need a Jim Carrey comedy to make me forget that he was involved in such rubbish. 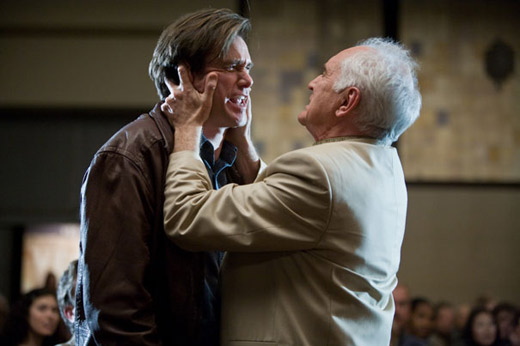