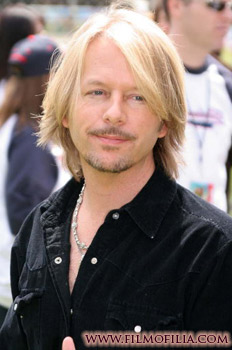 The second Hollywood star, after Britney Spears, that happened to land in hospital since the New Year kicked off is the 43-year-old David Spade. The ‘Senseless’ actor was rushed to hospital when he collapsed while working out in LA gym on January 6. The brief hospitalization has made him pull out from appearing at the Critics Choice Awards that took place the day after he collapsed. According to close sources, Spade is overcoming severe bronchitis and a sinus infection and his collapse was not any heart attack, but actually an ‘adverse reaction to antibiotics.’ Spade was released soon after a medical aid and is now relaxing at his home. Spade rose to fame in 1990’s, from the comedy show ‘Saturday Night Live’. Currently, he stars on the CBS sitcom ‘Rules of Engagement’.
Continue Reading
Advertisement
You may also like...
Related Topics:David Spade, Saturday Night Live