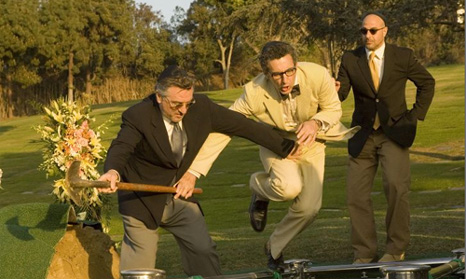 ‘What Just Happened’ is new movie based on Art Linson’s memoir (book and screenplay) about his experiences as a Hollywood producer. De Niro will play a Linson-like producer who is going through two weeks of hell as he tries to get a picture made. Sean Penn and Bruce Willis are expected to play themselves, and other famous faces are slated to take part in a comedy the filmmakers hope will do for moviemaking what Wag The Dog did for politics.De Niro, Bruce Willis and Sean Penn are enough right there.
Continue Reading
Advertisement
You may also like...
Related Topics:Bruce Willis, Robert de Niro, Sean Penn, What Just Happened