Connect with us
According to studio estimates Sunday, the prehistoric adventure “10,000 B.C.” which led the weekend box office with $35.7 million “10,000 B.C.” came in well behind the openings of past blockbusters from director Roland Emmerich (“Independence Day,” “Godzilla”), whose best debut came four years ago with “The Day After Tomorrow” at $68.7 million. 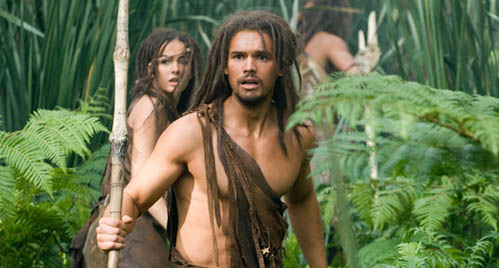 “Those movies opened up in the summer. We’re very strong for this time of year,” said Dan Fellman, head of distribution for Warner. Fellman said Emmerich’s films tend to do better internationally, including “The Day After Tomorrow,” which topped out at $186.7 million domestically and did nearly twice that business overseas. “10,000 B.C.” opened at No. 1 in 19 of its 20 foreign markets, among them Spain, Mexico, Germany and Australia, said Veronica Kwan-Rubinek, head of international distribution for Warner.
Continue Reading
Advertisement
You may also like...
Related Topics:10.000 B.C., Roland Emmerich