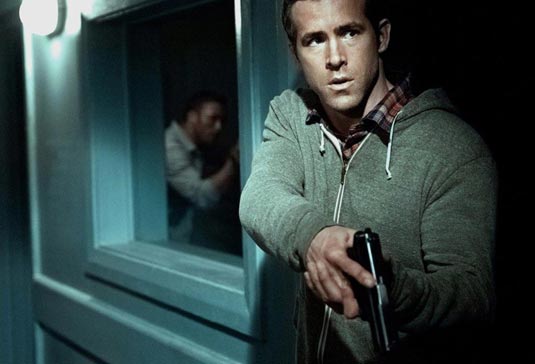 Are you ready for even more Safe House clips guys? Yeah, I know you are and that’s exactly why we’re here today. We’re actually trying to share more action from Daniel Espinosa‘s upcoming movie, which is set to open on February 10th and that’s pretty soon, so let’s not waste out precious time. These clips will once again show you that Ryan Reynolds is a real drama queen sometimes, while his partner Denzel Washington is cool as ice. Which is no wonder, since we all know that Reynolds plays rookie operative who escapes with the most dangerous renegade from the CIA, played by Washington. All that because… hey, when you’re in a shitty situation like they are – you must stay alive long enough to uncover who wants you dead. The rest of the cast includes Brendan Gleeson, Sam Shepard, Vera Farmiga, Fares Fares, Robert Patrick, Nora Arnezeder, Liam Cunningham, Joel Kinnaman and Ruben Blades and as we said, Safe House opens on February 10th, 2012. Let us know what you think about this action thriller and stay tuned!
Continue Reading
Advertisement
You may also like...
Related Topics:Brendan Gleeson, Daniel Espinosa, Denzel Washington, Joel Kinnaman, Liam Cunningham, Nora Arnezeder, Robert Patrick, Ruben Blades, Ryan Reynolds, Safe House, Sam Shepard, Vera Farmiga