The trailer for the upcoming action comedy “30 Minutes or Less” has debuted online and can be watched using the player below!

In the action-comedy “30 Minutes or Less,” Nick (Jesse Eisenberg) is a small town pizza delivery guy whose mundane life collides with the big plans of two wanna-be criminal masterminds (Danny McBride and Nick Swardson). The volatile duo kidnaps Nick and forces him to rob a bank. With mere hours to pull off the impossible task, Nick enlists the help of his ex-best friend, (Chet Ansari). As the clock ticks, the two must deal with the police, hired assassins, flamethrowers, and their own tumultuous relationship.

The new movie is directed by Ruben Fleischer (Zombieland) and is scheduled to hit theaters on August 12th.

It looks funny. What do you guys think of it? 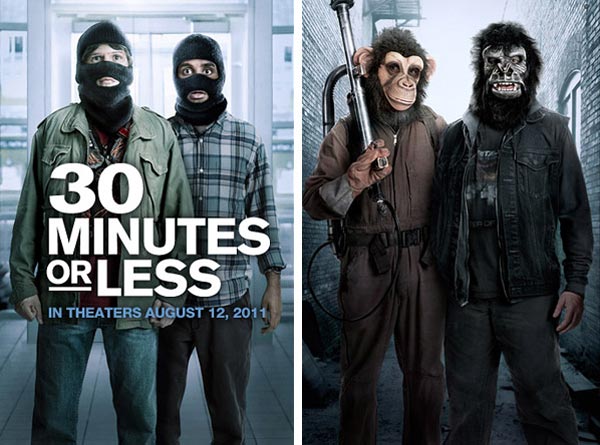